What Are Anxiety Disorders?

Everyone feels anxious now and then—it’s a normal emotion. For example, you may feel nervous when faced with a problem at work, before taking a test, or before making an important decision. Anxiety disorders are different, though. They are a group of mental illnesses, and the distress they cause can keep you from carrying on with your life normally. For people who have one, worry and fear are constant and overwhelming, and can be disabling. But with treatment, many people can manage those feelings and get back to a fulfilling life.

Anxiety disorder is an umbrella term that includes different conditions:

Researchers don’t know exactly what brings on anxiety disorders. Like other forms of mental illness, they stem from a combination of things, including changes in your brain and environmental stress, and even your genes. The disorders can run in families and could be linked to faulty circuits in the brain that control fear and other emotions.

If you have symptoms, your doctor will examine you and ask for your medical history. She may run tests to rule out medical illnesses that might be causing your symptoms. No lab tests can specifically diagnose anxiety disorders.

Under certain conditions eye movements appear to reduce the intensity of disturbing thoughts. A treatment known as eye movement desensitization and reprocessing, or EMDR, seems to have a direct effect on the way that the brain processes information. Basically, it helps a person see disturbing material in a less distressing way.

EMDR appears to be similar to what occurs naturally during dreaming or REM (rapid eye movement) sleep. Scientific research has established EMDR as effective for posttraumatic stress disorder. And clinicians also have reported success using it to treat panic attacks and phobias.

The marriage of these ideas is MBCT, a powerful therapeutic tool that can be successfully applied to depression, anxiety, bipolar disorder, and more.

Complementary medicine is used along with conventional medicine. An example is in-home treatment to help modify symptoms of panic attacks. Alternative medicine can include a special diet to treat cancer instead of undergoing surgery, radiation, or chemotherapy recommended by a medical doctor.

Before beginning CAM or any type of treatment, talk to your mental health provider or primary care doctor. Visit: https://nccih.nih.gov/health/decisions/consideringcam.htm to learn more about CAM treatments.

The following complementary and alternative practices may be used to treat anxiety and depressive disorders. We advise that you speak with your primary physician and/or mental health provider before selecting any alternative/complimentary treatment:

Medication treatment of anxiety is generally safe and effective and is often used in conjunction with therapy. Medication may be a short-term or long-term treatment option, depending on severity of symptoms, other medical conditions, and other individual circumstances. However, it often takes time and patience to find the drug that works best for you.

Which medication your doctor prescribes for your anxiety, if any, will depend on your symptoms and type of anxiety disorder. And, each anxiety disorder has different symptoms. Medications often are used in conjunction with psychotherapy to treat anxiety disorders.

Within each of these categories, there are subgroups of drugs that work differently and have their own benefits, risks, and possible side effects, however, it’s important to follow your doctor’s instructions when taking any prescription drug. Also, talk to your doctor if you’re concerned about the side effects of a medication, or if the drug you’re taking doesn’t seem to be helping with your symptoms.

Benzodiazepines are the most common type of anti-anxiety medication. They help relieve anxiety by reducing abnormal electrical activity in the brain.

Your doctor may prescribe benzodiazepines in combination with other medications, depending on your anxiety disorder. Benzodiazepines can be used along with an antidepressant and can work very quickly. The combination can be quite effective at relieving symptoms of anxiety in the short term.

In the long term, though, people can build up a tolerance to benzodiazepines. This means they need higher and higher amounts of the drug to get the same effect. Some people may even become dependent on their medication. When they stop taking them suddenly, unpleasant withdrawal symptoms occur. It’s important to follow your doctor’s instructions for tapering off your medication. This will help prevent withdrawal.

Other side effects of benzodiazepines may include:

Buspirone (BuSpar or Vanspar) is an anti-anxiety medicine used to treat certain anxiety disorders and is taken by mouth. Buspirone is typically used to treat chronic anxiety. It’s not related to benzodiazepines. Unlike benzodiazepines, buspirone must be taken every day for a few weeks before it starts to relieve symptoms.

Side effects of buspirone may include:

Antidepressants are drugs that help relieve the symptoms of depression by changing the balance of certain neurotransmitters (brain chemicals that help regulate mood). They may also be used as a first-line treatment for some anxiety disorders.

Examples of SSRIs include:

Examples of SNRIs include:

Side effects of both SSRIs and SNRIs may include:

Some people respond better to some antidepressants than others. You may need to try a few different medications before finding one that works for you.

Other antidepressants that may be prescribed for anxiety include:

Some people with phobias or panic disorder may be prescribed a heart medication known as a beta-blocker. This type of drug can help treat some of the physical symptoms of a panic attack, such as trembling and sweating.

Examples of beta-blockers include:

The Prive-Swiss program offers fantastic tools and professionals to assist those people that find themselves unable to handle life's problems or temptations. A two-week stay is a must to allow transition, counseling, reflection and a realization that you need a new map for your life.
S., Executive from Miami
Came for help with depression, professional issues and anxiety
It addresses the mind, body and spirit, the program gives you tools and hope to face the future. You can go out into the real world again as a stronger and better person.
K., Executive from Denver
I cannot express enough, and you know I was so very nervous it would not be, how satisfied and fulfilled I am with the caliber and professionalism of your Prive-Swiss team.
T., Entertainment executive from Canada
For the individual who is not content to lead less than an extraordinary life, this program may provide the best chance of rediscovering that spark for life that, once lost, leads one to problems and despair. If it's the extra attention you need to find your way, count on finding it here.
R., Attorney from Newport Beach
The thing I liked most about my stay was the kindness, compassion and genuine real concern about my needs and well-being by everyone - including the chef! Also the quiet, soothing environment, ocean view, etc. I liked the comfort of everything -- down to the sheets. Very relaxing atmosphere, wonderful, accommodating staff. The freedom to choose/plan my day.
P.& S., Couple from the east coast, film
Heidi has put together a retreat program like no other. I had one-to-one attention and coaching continuously. The program is perfect, balanced and is fit to the needs of the individual client. Heidi has brought together the staff and counselors that are obviously the best in their fields.
L., Physician from Philadelphia
The best, most dependable care I could imagine!
W., Photographer from Hawaii
I want you to know how grateful I am for the efforts that your staff made on my behalf during my stay with you. Although my visit was short, your powerful group impacted on me in so many ways, gave me many tools to consider and work with and hopefully a reminder of what's important in days, months and years to come.
A., Wall Street executive
Every aspect of the program contributed to a sense of well being. The tranquility in "unprogrammed" hours was a great aid in contemplation. The commitment of Prive-Swiss and its Team is clearly not to the business, but to genuine care for the overall health and welfare of the guest.
B., CEO from southern California
A gorgeous, relaxing and very healing experience. I would recommend to anyone needing time to heal! The professionals I worked with are phenomenal! Beautiful location -- thank you for the opportunity!
M., Pro athlete from Canada
Read all testimonials 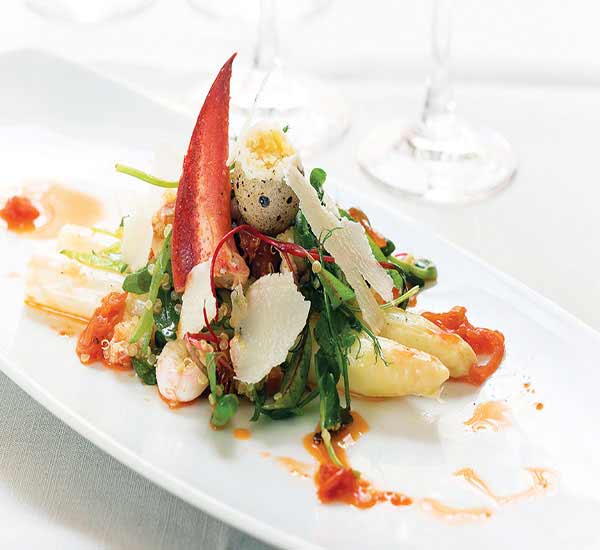 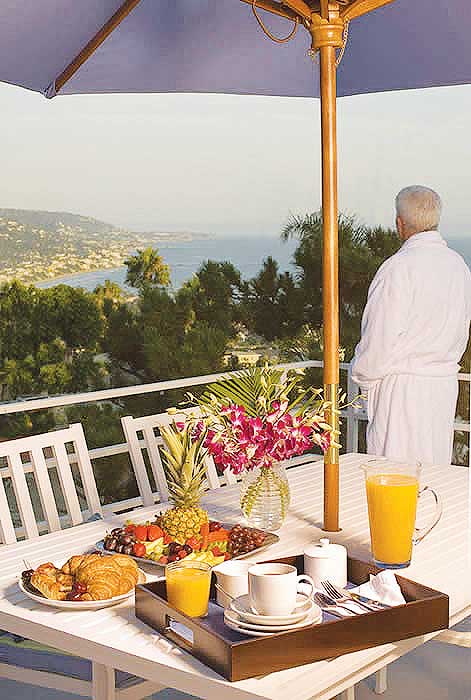 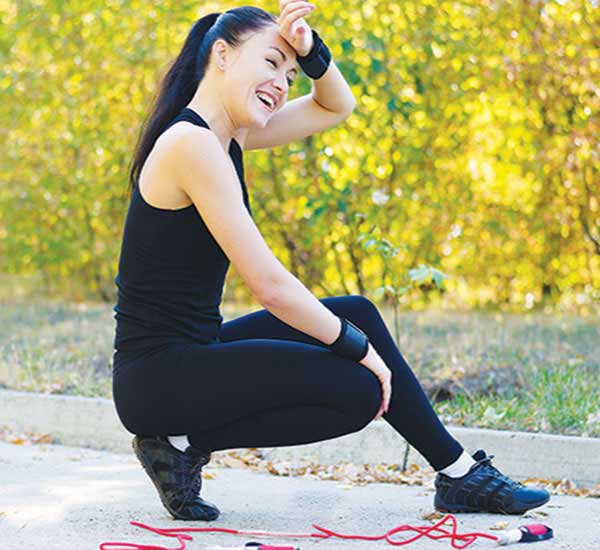 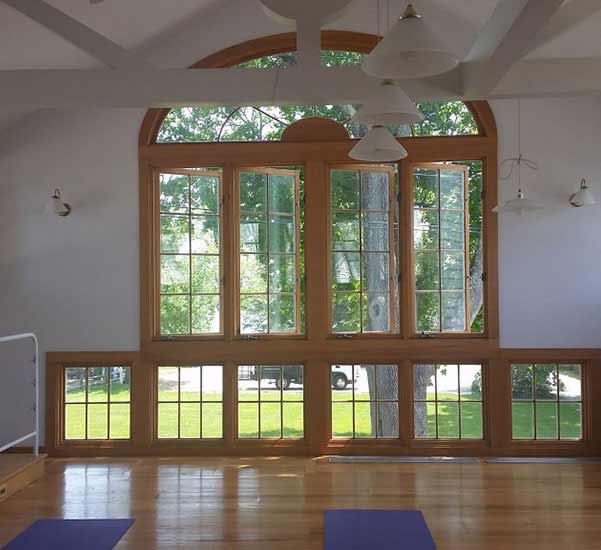 Drinking-related liver disease and deaths on the rise in U.S.

Lady Gaga Reveals She Started DBT Therapy, Olanzapine After Having a Psychotic Break

You Can Now Be Diagnosed With Burnout

You Can Now Be Diagnosed With Burnout
View Post
5

The overachieving generation: As millennials strive for perfection, anxiety and depression increase

Meditation and yoga can ‘reverse’ DNA reactions which cause stress, new study suggests

Well-being in later life: The mind plays an important role

We often assume the high pay, stock options and other perks that CEOs enjoy surely…
View Post
Sign up for Email Updates & News